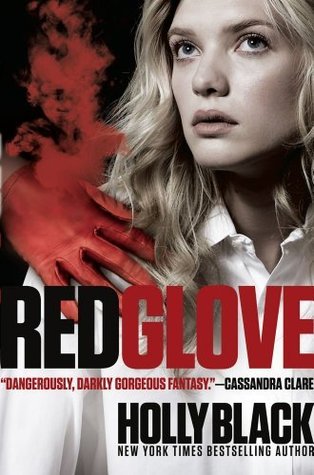 WARNING! SUMMARY (and my review) CONTAINS SPOILERS FOR WHITE CAT! READ THAT FIRST!

Curses and cons. Magic and the mob. In Cassel Sharpe's world, they go together. Cassel always thought he was an ordinary guy, until he realized his memories were being manipulated by his brothers. Now he knows the truth—he’s the most powerful curse worker around. A touch of his hand can transform anything—or anyone—into something else.
That was how Lila, the girl he loved, became a white cat. Cassel was tricked into thinking he killed her, when actually he tried to save her. Now that she's human again, he should be overjoyed. Trouble is, Lila's been cursed to love him, a little gift from his emotion worker mom. And if Lila's love is as phony as Cassel's made-up memories, then he can't believe anything she says or does.
When Cassel's oldest brother is murdered, the Feds recruit Cassel to help make sense of the only clue—crime-scene images of a woman in red gloves. But the mob is after Cassel too—they know how valuable he could be to them. Cassel is going to have to stay one step ahead of both sides just to survive. But where can he turn when he can't trust anyone—least of all, himself?
Love is a curse and the con is the only answer in a game too dangerous to lose.

Why I Read It
Um...because it's the sequel to White Cat, one of my absolute faves.  In case you haven't read the first book in the series (and why not?  Also, what are you doing reading this review?  You'll be spoiled!  shoo!) Holly Black has created an alternate universe in which a small percentage of the human population is what is known as Curse Workers--people who have special abilities and change change things (luck, health, emotions, death, etc) through touch.  Pretty much the rest of the world is terrified of them and wants nothing to do with them.  So, in order to survive, more often than not Curse Workers turn to a life of crime.
Yeah, that's right.  Magic and mobsters.  Gotta love it!

What I <3'd
Just as with White Cat, I'm absolutely in love with both the world that Holly Black has created, and with Cassel Sharpe, the hero of the story.  It's a great fusion of mystery and magic, and there's just so much to this story that I'm having a hard time putting it all into words, but I'll try.
What I loved the most about this story was the characters.  And not just Cassel.  I also adored his friends Sam and Daneca who are trying everything they can to help him while being adorable and endearing and completely in love with each other.  Then there's Cassel's family, who are some of the most unique characters I've ever read.  They're criminals, and most of the time they're working under the impression that they're doing absolutely nothing wrong, while at the very same moment, they're killing or stealing or running a con.
Cassel, though.  Cassel is what makes this series for me.  He's stuck trying to figure out who murdered his brother while simultaneously trying to keep his family out of trouble and attempting to stay away from the girl he's completely in love with because she's not in love with him, she only thinks she is because of a curse.
Oh yeah, and he's been scouted by both the FBI and the Mob.
Poor Cassel is what kept me reading long into the night, because there's something just so endearing about a guy who knows it doesn't take two wrongs to make a right, it takes about a thousand.  And he's trying really really hard to get it right.


What I Didn't <3
Dear lord, that boy can never catch a break!

GEEKOUT Moment
When we find out who the killer is.  My goodness, Holly Black always manages to do make me do a double-take.

Loved it.  Absolutely loved it.