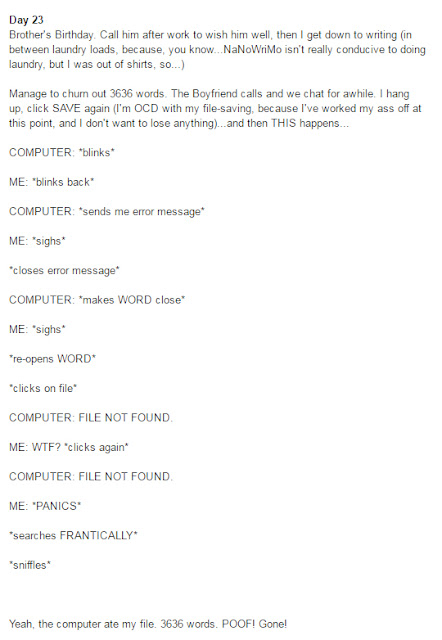 Yeah, not fun. But! I was successful. I wrote the book. And for five long years it has sat, watching waiting. And finally, FINALLY it will see the light of day. 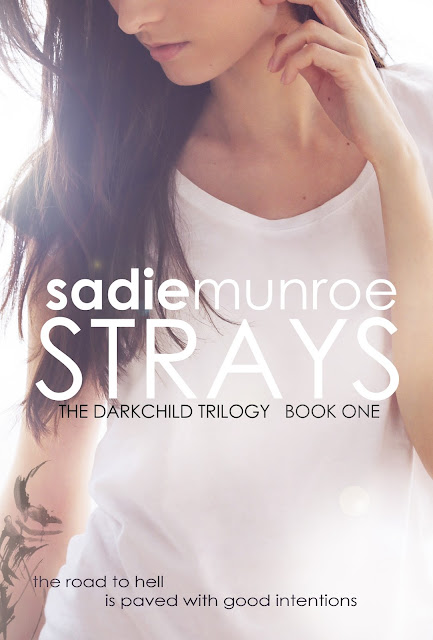 Lindsey Cane is an outcast, always has been. Even her own parents didn't want her. But after a year on her own, she's finally ready to put her hated hometown behind her for good and track down her wayward mother. She has questions that need answering. But Lindsey isn't the only one with mysteries in her past and when Tyler Stratton, a former classmate who has been gracing milk cartons and missing posters for the past year shows up begging for her help, she does what he asks. She keeps him hidden.

Bruised, beaten and covered in strange swirling tattoos that weren't there before he went missing, Tyler is an enigma and a threat to Lindsey's carefully built facade of normalcy that has kept her safe. But Tyler has secrets of his own, and there are people looking for him. Dangerous people.

Now Lindsey is trapped. Captured and strapped to a gurney. Frog-marched down sterile white hallways. Locked in a ten-by-ten glass cell. Forced to watch, helpless, as one by one the other prisoners are dragged off for testing. Most come back broken.

Some don’t come back at all.

Desperate and scared, Lindsey plots her escape. But there are guards with guns and mysterious men in white lab-coats standing in her way.

And her fellow prisoners are not what they seem.


Isn't it pretty? Wait, let me show you the full cover, so you can get the full effect... 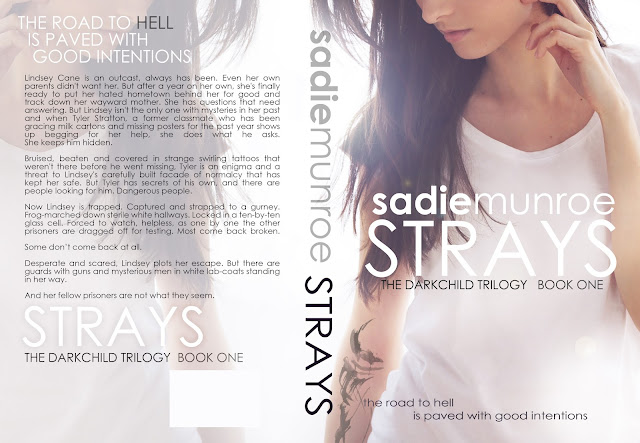 STRAYS is the first book in a YA Horror trilogy and will be coming out on January 17, 2017 IS CURRENTLY AVAILABLE!!! where eBooks are sold, and you can preorder on Kindle HERE and add it to your Goodreads HERE.

But that's not my only bit of news. You see, Strays isn't my first book. This one is... 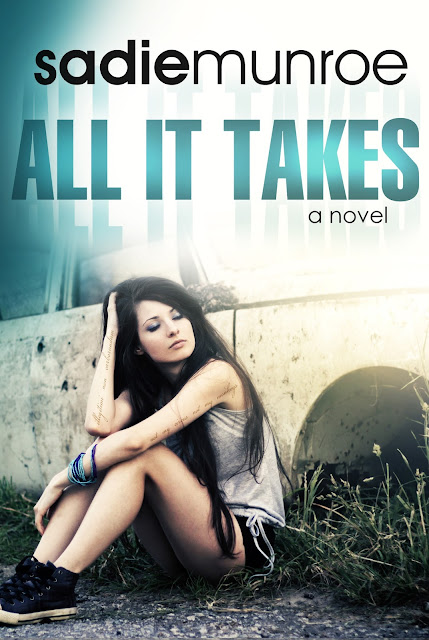 But her mother has just passed away and Star finds herself giving up her summer to quietly clean out her old home. She just wants to sell it and move on with her life. However, things aren't going the way she planned. With her dyed-black hair and tattoos, she's attracting almost as much attention from the small town residents as Ash Winthrope, the guy who was just released from prison.

All Ash wants is a chance to start over. He screwed up and he knows it, he's going to have to live with the guilt for the rest of his life. But he's stuck in Avenue until his parole ends, and no one, not even his own parents, wants anything to do with him. Nearly out of money and completely out of options, Ash takes the only job he can, helping Star haul stuff out of her mother's house.

Neither of them expects anything to happen between them, or for their lives to change. But sometimes meeting the right person is all it takes. 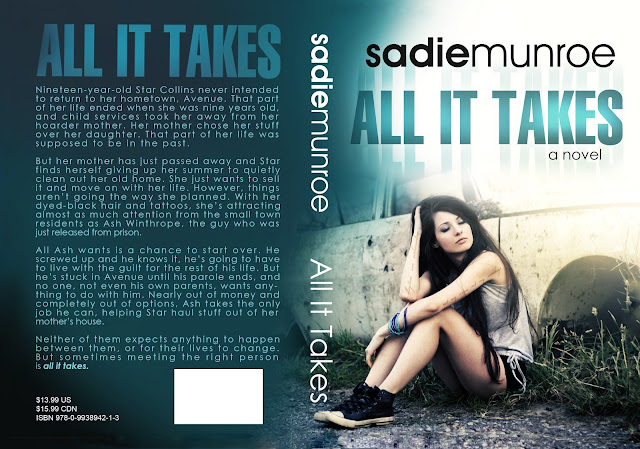 Now, where STRAYS is definitely YA, ALL IT TAKES is solidly in New Adult territory. There's sex and drinking and a whole lot of swearing. But there's also a ton of slow-burn falling in love. My books are VERY different from one another, so please take note of that going in. But if you're looking to feed your NA Romance obsession, I hope you'll give All It Takes a try. It's currently available where eBooks are sold.

But yeah! That's where geekgirl disappeared to. I promise that even though I'm not really reviewing much anymore I'm still around and I still adore each and every one of you! But if you're looking to follow me as an author, you can find me at @sadie_munroe on twitter, and sadiemunroe on Instagram.

I hope to see you there!

Okay, this post ended up being longer than I intended. I'm going to go rest my broken finger.