April 10, 2014
You guys, I've been not-so-subtly stalking debut author Megan Erickson ever since she posted her querying success story back in January (I'm a sucker for those things) and I've been anxiously awaiting the bits and pieces of news about her book ever since.

Because, honestly?  Sexy nerd.  I'm so there.

Here's what you need to know about the book:

MAKE IT COUNT by Megan Erickson kicks off the lighthearted, funny, and sexy Bowler University series! Readers will love the fresh new series filled with laughter and lots of fun in this debut novel!

Kat Caruso wishes her brain had a return policy, or at least a complaint hot-line. The defective organ is constantly distracted, terrible at statistics, and absolutely flooded with inappropriate thoughts about her boyfriend's gorgeous best friend, Alec...who just so happens to be her brand new college math tutor. Who knew nerd was so hot?

Kat usually goes through tutors like she does boyfriends--both always seem to bail when they realize how hopeless she is. It's safer for her heart to keep everyone at arm's reach. But Alec is always stepping just a little too close.

Alec Stone should not be fantasizing about Kat. She's adorable, unbelievably witty, and completely off limits. He'd never stab his best friend in the back...

But when secrets are revealed, the lines of loyalty are blurred. To MAKE IT COUNT, Alec must learn messy human emotions can't be solved like a trigonometry function. And Kat has to trust Alec may be the first guy to want her for who she is, and not in spite of it.


And without further ado, the cover.... 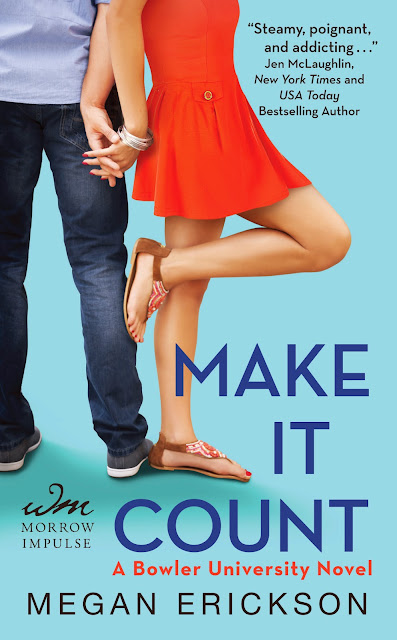 It's SO CUTE you guys!

And it's my colour, too.

Megan Erickson now has an entire trilogy set in the Bowler University universe! Aren't they pretty? *pets them* 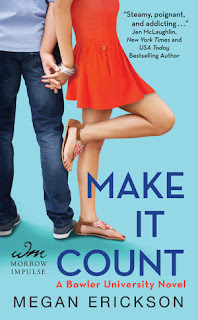 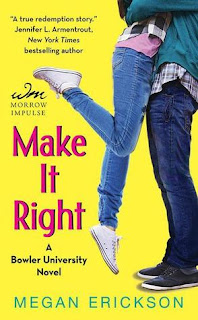 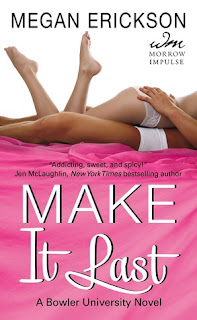