REVIEW Dead to You by Lisa McMann 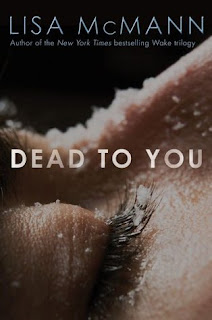 Dead to You
by Lisa McMann
Hardcover
Simon Pulse
February 7, 2012

Ethan was abducted from his front yard when he was just seven years old. Now, at sixteen, he has returned to his family. It's a miracle... at first. Then the tensions start to build. His reintroduction to his old life isn't going smoothly, and his family is tearing apart all over again. If only Ethan could remember something, anything, about his life before, he'd be able to put the pieces back together. But there's something that's keeping his memory blocked. Something unspeakable...

This was another small book with a big impact.  I still don't really know what to say in my review.

It kind of broke me.

Reviewing this without giving anything away is going to be tough, but here goes...

The problem is, he really isn't sure what to do now that he's with them again.  He doesn't remember anything before his abduction and after years of not being able to trust anyone, he can't quite make himself open up to his parents as to exactly what happened to him in the meantime.  It's hard, but he's trying to remember.  He's trying to be the son and brother they want him to be.

But he's a little bit...different.

The lack of information and backstory really gave me the impression of Ethan as a brand new baby, when in fact he was a teenager.  It was like he was learning things from the first time (if that makes any sense...it's hard to put into words) as he tries to fit in to his new hometown.  It was as though he tried to completely blank out his life before he found his family, and he was starting all over again.  It really put me in the moment, in his head, and he was hiding things from even himself.

Wow...this is hard to review.

It was hard to see Ethan find his family, only to have to deal with the fallout from the trauma he'd experienced.  The rage.  The panic attacks.  The attention he didn't want and didn't know how to deal with.  The doubt.

This wasn't an easy read, but it was a good one.  I'm still reeling a little.