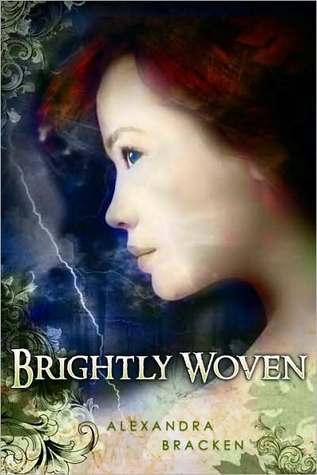 Sydelle Mirabil is living proof that, with a single drop of rain, a life can be changed forever. Tucked away in the farthest reaches of the kingdom, her dusty village has suffered under the weight of a strangely persistent drought. That is, of course, until a wizard wanders into town and brings the rain with him.

In return for this gift, Wayland North is offered any reward he desires—and no one is more surprised than Sydelle when, without any explanation, he chooses her. Taken from her home, Sydelle hardly needs encouragement to find reasons to dislike North. He drinks too much and bathes too little, and if that isn’t enough to drive her to madness, North rarely even uses the magic he takes such pride in possessing. Yet, it’s not long before she realizes there’s something strange about the wizard, who is as fiercely protective of her as he is secretive about a curse that turns his limbs a sinister shade of black and leaves him breathless with agony. Unfortunately, there is never a chance for her to seek answers.

Along with the strangely powerful quakes and storms that trace their path across the kingdom, other wizards begin to take an inexplicable interest in her as well, resulting in a series of deadly duels. Against a backdrop of war and uncertainty, Sydelle is faced with the growing awareness that these events aren’t as random as she had believed—that no curse, not even that of Wayland North, is quite as terrible as the one she herself may carry.

It's been quite a while since I've read fantasy, and I hadn't realized how much I missed it.  Brightly Woven is such a gorgeous fantasy tale set in a world of wizards and magic.

And although the setting and fantasy aspects were both beautifully crafted, it always comes down to the characters for me.

The interaction between Sydelle and North was by far my favorite thing about this novel.  North is pretty ridiculous at first, not good at human interaction with strangers at all, and Sydelle wants nothing to do with him.  He smells and he's a drunk and instead of staying to fight and protect her hometown like any real wizard should, he's fleeing across the country to the capital, hoping to stop the war.  And he's dragging her with him for reasons she doesn't really understand.

Then he starts calling her Syd (which she hates) and beautiful, beautiful darling (which she hates even more--but I love) and she has pretty much decided that he's not worth her time.  But there's more to North than meets the eye, and throughout their journey they start to grow on eachother until their lives are so intertwined, they can't be unwoven.

I was also amazed by how Alexandra Bracken managed to tie together so many things that foreshadow what's really going on, without ever giving anything away.  I'm not going to spoil anything for you if you haven't read this amazing book (and if you haven't, why not?) but there's such so much more than what meets the eye.

This was a great read, and I can't wait for more from this author.