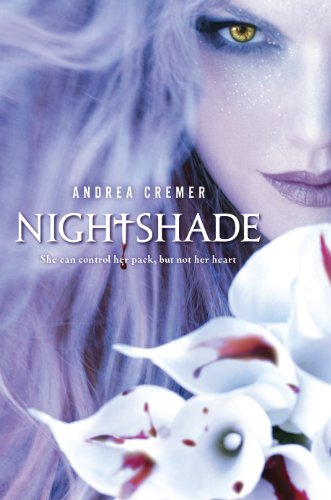 Calla Tor has always known her destiny: After graduating from the Mountain School, she'll be the mate of sexy alpha wolf Ren Laroche and fight with him, side by side, ruling their pack and guarding sacred sites for the Keepers. But when she violates her masters' laws by saving a beautiful human boy out for a hike, Calla begins to question her fate, her existence, and the very essence of the world she has known. By following her heart, she might lose everything--including her own life. Is forbidden love worth the ultimate sacrifice?
Can I just tell you how much I love werewolves?  I don't even know why, but I do.  So I was instantly drawn to this book--and not only for the pretty cover, because holy moley, would you look at it?  It's gorgeous--but when I started reading, I realized that there's so much more to the story than just werewolves.


Really, they're not like werewolves so much as they are like shifters.  They can shift back and forth at will, and it has nothing to do with the full moon.  Instead Cremer has crafted an entire mythology behind the Guardians (werewolves), and the Keepers (their masters, who control their lives in exchange for their financial needs taken care of), and the Searchers (their enemies).  There is a hierarchy, and the Keepers are at the top.  They control everything in the Guardians' lives, including who they mate with.


Calla is an alpha, a born leader, and the Keepers have decided that she is to form a new clan with Ren, an alpha of another pack.  The only problem is that Calla isn't used to giving up control.  She's in charge, but mating with Ren is going to mean that she'll be nothing more than his mate.  She won't be in charge anymore.  And although she's having trouble getting used to that idea, she's convinced that, even though Ren's a little bit of a dirtbag, he isn't so bad.  And besides, it's her duty.


Then she meets Shay, a human boy, and her entire world is turned upside down.  And as she spends more time with him, she starts to see her world through an outsider's perspective, and starts to realize that there is something very wrong with her society and their secrets--secrets that Shay himself may have a part in.


This was a fun, fast paced read with great mythology and a killer cliffhanger.


Can I have book two now please?  I really, really need it.