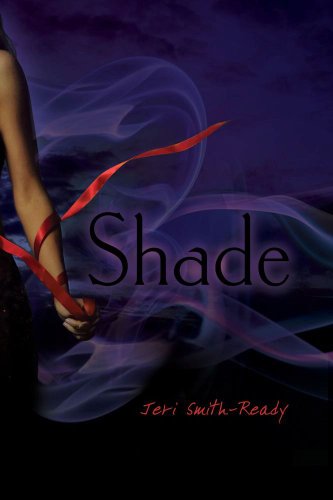 Love ties them together. Death can't tear them apart.
Best. Birthday. Ever. At least, it was supposed to be. With Logan's band playing a critical gig and Aura's plans for an intimate after-party, Aura knows it will be the most memorable night of her boyfriend's life. She never thought it would be his last.
Logan's sudden death leaves Aura devastated. He's gone.
Well, sort of.
Like everyone born after the Shift, Aura can see and hear ghosts. This mysterious ability has always been annoying, and Aura had wanted nothing more than to figure out why the Shift happened so she can undo it. But not with Logan's violet-hued spirit still hanging around. Because dead Logan is almost as real as ever. Almost.
It doesn't help that Aura's new friend Zachary is so understanding—and so very alive. His support means more to Aura than she cares to admit.
As Aura's relationships with the dead and the living grow ever complicated, so do her feelings for Logan and Zachary. Each holds a piece of Aura's heart...and clues to the secret of the Shift.
Loved this one so much!
Shade is set in an alternate present, where about sixteen years ago the Shift happened, and everyone born since then has the ability to see ghosts.  No one knows why.
Aura was one of the first, so she's had to grow up in a world that's slowly developed ways to adapt to the ghosts, ways to keep them out, ways to summon them, and ways to trap them.  Things are going okay, but then her boyfriend Logan dies suddenly and becomes a ghost.  So now she's stuck with a boyfriend she can't touch, and a new boy at school who she can, and she's completely torn between the two.  At the same time, she's starting to learn new things about the Shift, her dead mother, and  Zachary, her new friend who wants to be something more.
I loved how Jeri Smith-Ready has created an entire world where it's normal for a good portion of the population to see and talk to ghosts, but where the older generation is still torn about it.  I also loved Aura, and how torn she was between her dead boyfriend, who's still hanging around, and moving on with Zachary, or at all.  It was also great seeing the contrast between the characters who could see and converse with Logan, and those that couldn't, and how they both influenced Aura's situation.
This was a great read, and I absolutely cannot wait for the second book in the series.
Happy Reading!
-geekgirl