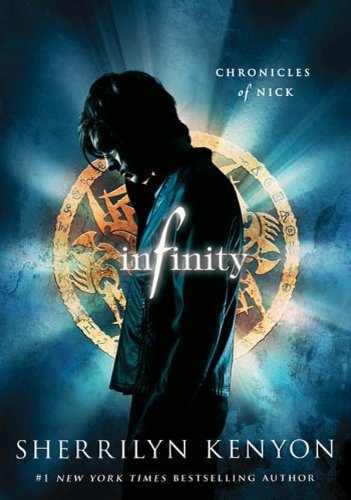 At fourteen, Nick Gautier thinks he knows everything about the world around him. Streetwise, tough and savvy, his quick sarcasm is the stuff of legends. . .until the night when his best friends try to kill him. Saved by a mysterious warrior who has more fighting skills than Chuck Norris, Nick is sucked into the realm of the Dark-Hunters: immortal vampire slayers who risk everything to save humanity.
Nick quickly learns that the human world is only a veil for a much larger and more dangerous one: a world where the captain of the football team is a werewolf and the girl he has a crush on goes out at night to stake the undead.
But before he can even learn the rules of this new world, his fellow students are turning into flesh eating zombies. And he’s next on the menu.
As if starting high school isn't hard enough. . .now Nick has to hide his new friends from his mom, his chainsaw from the principal, and keep the zombies and the demon Simi from eating his brains, all without getting grounded or suspended. How in the world is he supposed to do that?

ZOMBIES!!!!  Sorry, I just had to get that out of my system.
Unlike a lot of YA Paranormal fiction out there right now, this one was much more adventure, and much less romance (which was surprising as it came from a mainly romance author).  Surprising, but refreshing.  And I'm not just saying that because there were zombies (ZOMBIES!!!)

Yeah, can you tell which team I'm on?

I really enjoyed this one.  I loved the character of Nick--a young teenage boy who's trying his absolute best just to keep his head above water, only to keep getting pushed back under.  He's had a hard time.  His father's in jail for murder, he and his mother are poor as dirt, his mother works as a stripper just to keep a roof over his head, and to pay for his school, which is full of snotty rich kids who make fun of him.  Only problem is, they make fun of his mom too, and Nick can't help but fight back, and when he fights back, he's the one that gets in trouble.

He's in trouble a lot.

And then he ends up knee deep in paranormal stuff.

And he manages to get himself into even more trouble.  (Which he never, ever though was possible).  So now he's fighting zombies, and dodging evil, and meeting demons, and has no idea what to make of it all.

I absolutely adored the characters in this one.  From the gun-ship zombie killer, to the geeky kid from school, to The Simi (oh, The Simi...how I adore her), to Nick's mom, who's the toughest little stripper in the world (of all the zombies and demons and things that go bump in the night in this novel, it's hilarious to see that the thing Nick's most afraid of is his Mom).  They were all wonderful.

I cannot wait for the next one.