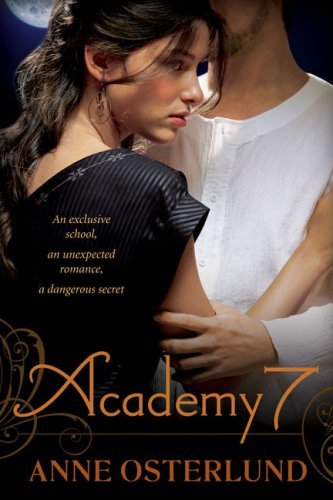 Aerin Renning is a scarred fugitive, Dane Madousin a rebellious son of privilege. On the surface, they have nothing in common. But the two most competitive freshmen at Academy 7 share an undiscovered bond. Both harbor a dangerous secret that threatens their own destruction. And while their safety depends on their staying apart, the two are inexplicably drawn to each other. Even as unknown forces conspire to separate them, their competition turns to friendship, and their friendship to romance. Now not only their lives—but their hearts—are at stake. To survive, the two must unite all their knowledge, skills, and gifts to uncover a secret bigger than either could have imagined. A secret as big as the entire universe...


This was a great read!  Don't let the cover fool you (this coming from a self-proclaimed Cover-Judger), it's not what it appears to be.  It appears to be a (possibly) historical-type romance.  In actuality, it's a gripping science-fiction adventure.

This was thrilling and I loved it.

The characters come from completely different worlds--Aerin, an on-the-run ex-slave, and Dane, an unloved second son to a very wealthy and powerful man.

Against all odds, both Aerin and Dane end up at Academy 7, a school revered above all others in the universe, where leaders are created.  Neither feels like they belong...but someone at the Academy wants to keep a close eye on them, and they are thrown together.  And they both begin to unravel the secrets of their pasts.

I adored this book.  It was exciting and fast-paced and I'm a closet sci-fi addict, so I loved that aspect of it.

I also loved the idea of two outsiders coming together, and creating something for themselves.